Around 80 people from across government attended the fifth API and Data Exchange Community of Practice event in Leeds, both to bring their experiences of API development to the NHS and to learn about best practice.

The NHS delivered 2 presentations that focussed on standards. Joseph Waller, director and architect, ran through the history of the NHS Spine, which supports the IT infrastructure for health and social care in England.

He talked about the adoption of standards like HL7v3, an XML-based communication protocol, which proved a challenge for the NHS. Unnecessary complexities in the application of this standard meant a high cost of connectivity for data consumers. Joseph went on to talk about the extent to which APIs can play a major part in determining the responsibilities and effort required by communicating parties. He then introduced HL7 FHIR, an improved standard which is now looking promising for the NHS.

Dr. Carl Reynolds, NHS physician presented on why open API standards matter in the NHS. Carl gave an overview of what it’s like working in a hospital environment with poor quality data that is siloed and not linked with other hospitals, GP surgeries, or local practices. 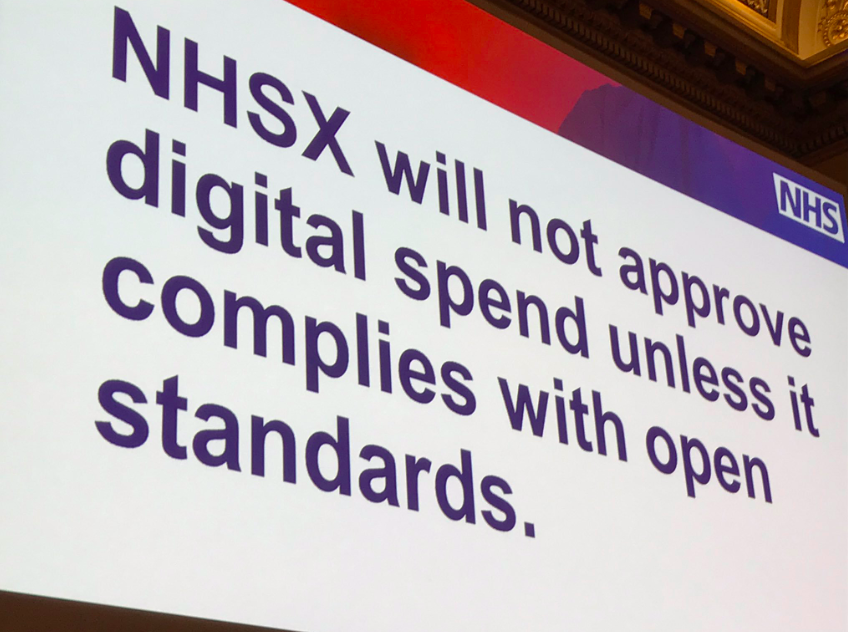 We need to manage data better, say DWP and iStandUK

Paul Davidson, Director of Standards for iStandUK and Chief Digital Officer for Sedgemoor District Council, made the case for:

APIs can offer a new approach where government organisations can choose to take part in a coordinated activity, such as a house move, led by the customer or a lead organisations, Paul said.

In government this has been explored before, for example in the ‘Tell Us Once’ programme, but at that time it was using portals and emails and not APIs. Paul suggested this coordinated approach to life episodes through APIs would be a government-as-a-platform approach. GDS will be holding a series of workshops on data standards so please get in touch if you’re interested in attending.

Jacqui Leggetter, DWP head of integration deputy director, presented on the need for more integration inside each department and across government. She first discussed the challenges of data being held in disparate places, often because digital projects are delivered in siloes without sharing and reusing assets.

Jacqui explained the DWP vision was to enable better data sharing within DWP and externally through a self-service API exchange. This API strategy has allowed DWP to create services with reuse in mind, removing siloed development.

HMRC tech lead for the API Platform Seb Paterson gave an overview of HMRC’s API Strategy. HMRC launched its API platform, in June 2016 and the department currently hosts over 60 APIs in production. Last year, developers working for third-party software vendors, other government departments and HMRC’s own teams made 309 million calls to these APIs.

Network Rail is at the beginning of its API journey and discussed the potential benefits of it moving from statutory opening up of data sets to proactively offering data services. Prag Padmaraj, Lead integration technology architect, Jeremy Axe, principal enterprise architect  listed the many things they have had to consider, such as how to:

National Rail is still discussing which model it will use for its API strategy. Its team will look at a centralised, decentralised and hybrid approaches, where ownership lies, for instance with the product manager or architect. They are also trying to figure out what resources will be required, including what specific expertise in areas such as DevOps and microservices and whether they should prioritise the growth of inhouse capabilities.

National Rail has started by identifying and prioritising APIs that provide high value, for example APIs that stitch together disparate systems to improve customer journeys. 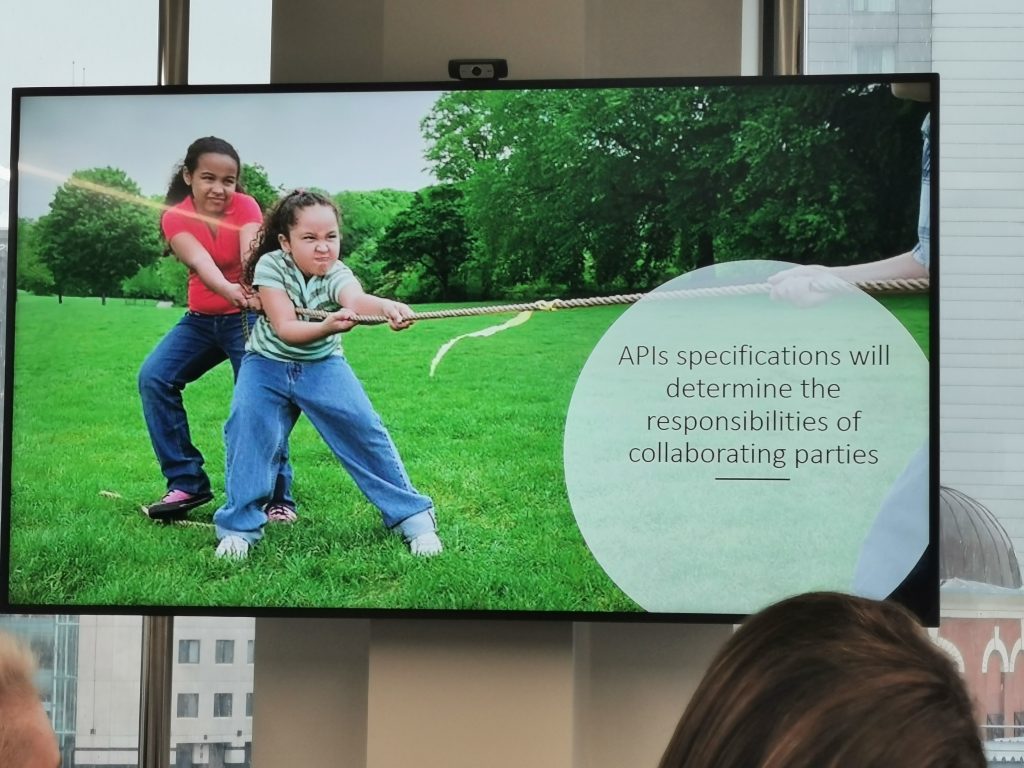 Mark Fairhirst, principal architect and head of architecture at Companies House, discussed the data streaming API the agency has put in place. The APIs owned by Companies House are hugely popular with 5 billion requests made against its APIs last year.

To address these needs, Mark and his team have produced streams of data where people can pick-up data relating to company changes or changes to directors. Customers then create services which establish a long-running HTTP request to the streams listening for events as they occur in real-time. They might also develop data services which will consume the data for storage in their own database.

Mark also discussed the operational aspects, the service levels, documentation and the infrastructure considerations his team have had to think about when running the streaming API.

Jon explained how he managed to get the Notify teams support to bring more consistency and context to all the documentation, and make sure it all aligns with GOV.UK style and follows best practice set out in GDS API documentation guidance. GOV.UK Notify now has technical documentation for all 6 API clients, with changes driven by user research, support tickets and new features.

Andy also discussed linked data, which is important when it comes to mapping data as a lot of data moves. He showcased the Defra Data Services Platform, which makes environmental data openly available to a wide range of users in order to help safeguard the environment and support industry.

Next up: Data standards workshops

Since the underlying theme of the last 2 community events has been data standards, we’ll be holding a series of workshops on how we can improve data sharing and interoperability across government.

If you’d like to take part in these workshops, please email API-Standards-Request@digital.cabinet-office.gov.uk or leave a comment below.