On GOV.UK Verify, we’ve adopted a micro-services approach to our architecture, with software systems comprised of groups of services with specific roles and responsibilities. This means we have all the benefits of scaling more easily, rapidly change core functionality and deliver updates without downtime.

We’ve started running a semi-regular exercise based on the concept of Class-Responsibility-Collaboration (CRC) cards, that we feel can be applied to all microservice architectures. This helps to promote knowledge sharing between the team and to test our architecture for potential problem points which we would like to improve upon.

CRC cards were originally introduced as a design tool in Object-Oriented software to help map the roles taken by and the interactions between objects in a system. The cards could either be used when designing new systems or as a way to visualise a legacy system. A set of index cards is generally used as the canvas for the exercise with the aim to produce cards with following layout: 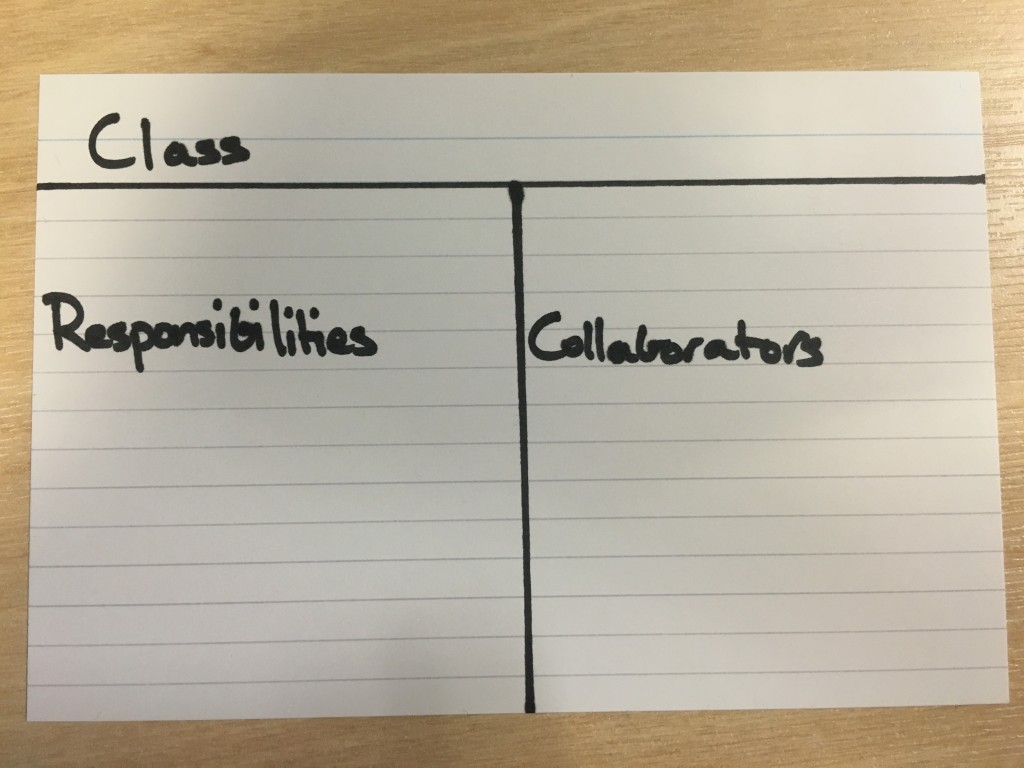 Our microservices can also be described as a system of objects with defined responsibilities and collaborators. We wanted to see how this might work when scrutinised this way through replacing the class name with the service name.

We have so far run the exercise with the following pattern:

Leave the groups to work on the cards for a set period of time or until each team is satisfied they have completed the task.

Usually, we produce a new set of cards at this stage that we hang close to our workspace and use as an architectural reference.

The result of the exercise may be a set of CRC cards with minimal responsibilities and justified collaborators and no further discussion is needed. However, it is likely that there might be some cards that highlight potential problems (smells), improvements, or that just warrant further discussion. In this case you’ll need to arrange follow-up conversations.

At the end of our first run of this exercise our team was able to identify potential problems with one of our existing services. This prompted us to prioritise some service level refactoring with a goal of more clearly defining the roles of some of our microservices. One of the significant benefits of this was removing a confusing cyclic collaboration between two microservices by moving the services to a more clearly defined set of responsibilities.