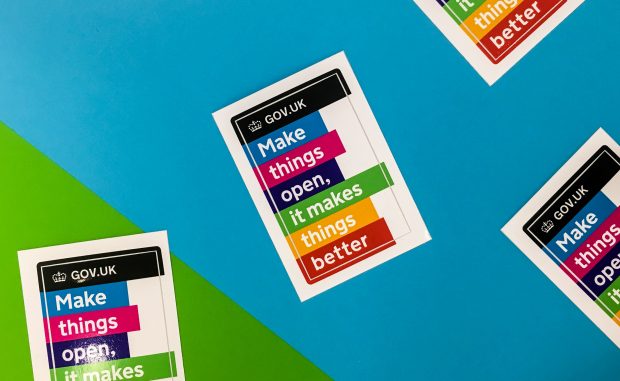 This means we’ll be able to promote these standards and add them to the list of mandatory open standards for government. Here's how GeoPlace and GDS worked together to go through the open standards process, enabling the board to mandate the use of UPRNs and USRNs. GeoPlace is a Limited Liability Partnership jointly owned by the Local Government Association and Ordnance Survey.

Location registers for the whole country

The UPRN is a unique identifier for every location that can have an address in the UK. Unique numbers are allocated to every single property, including houses and offices. Other objects that you might not think of as needing an address can also have numbers, like bus shelters or lamp posts. The USRN also provides unique identifiers, but for every street in the UK.

Together these identifiers provide a stable and accurate way of referencing properties and streets. This means that any organisation using them can match and exchange records containing location data between different systems. This in turn allows public sector organisations to streamline services, increase the interoperability of technology and improve the quality of the data they hold.

Local authorities, utility companies and emergency services already use these identifiers. For example, systems that use the MAIT standard for sharing emergency incident data between agencies rely on UPRNs to accurately identify properties and get help to where it is needed. But the opening up of the identifiers paves the way for much greater use both inside and outside government.

A central source for UK addresses

UPRNs and USRNs are centrally managed by GeoPlace. They provide every local authority with a range of UPRNs and UPSNs, from which they assign numbers to properties and streets. 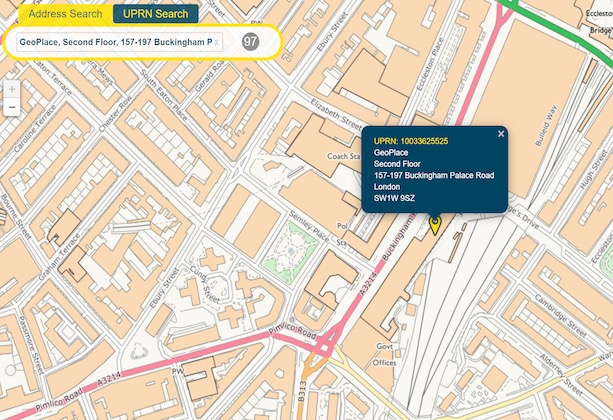 A UPRN is a number that is unique to a property. This makes UPRNs different from and more specific than postcodes, which might not distinguish between different properties within a single building (such as flats) and often cover multiple different buildings. USRNs are unique 8 digit numbers that are assigned to streets, roads, footpaths or public rights of way. Together these numbers allow users to pinpoint properties and their locations to a high degree of accuracy and dependability. They will soon be freely available as open data for the first time.

Increasing adoption through the Open Standards Board

GeoPlace believes the use of UPRNs and USRNs throughout the public sector will improve the efficiency and integration of services. Some areas of government already benefit from this dependable and consistent way of identifying properties and streets. For citizens, wider adoption can also help to improve areas such as education, housing, transport and security.

Approving UPRN and USRN as mandatory open standards for use within government will help to accelerate this adoption. GeoPlace believes this is a huge step forward in recognising the power of commonly referenced property and street data.

The Open Standards Board had looked at the issue of unique identifiers for addresses before. In 2015, GDS used their open standards process to suggest an open identifier for properties. It noted that UPRNs were considered the canonical source for defining discrete pieces of land or buildings in England and Wales. But at the time, the board decided that the UPRN should not be adopted as an open standard because of licensing restrictions.

By 2019 GeoPlace was working with the Geospatial Commission to make the URPN and USRN registers open data. This work took place alongside the development of the Public Sector Geospatial Agreement (PSGA), a new 10-year arrangement with the government to transform public sector use of location data.

Next steps for the new standards

These identifiers become more effective the more systems use them, and opening up the data removes barriers to adopting them. Public sector service designers and architects should start to incorporate the identifiers into relevant data sets, and prepare to publish them where possible. Vendors should plan to integrate the identifiers into their technology. Data analysts and scientists will be able to use UPRNs and USRN to join datasets up in new ways to gain new perspectives.

If you work in the public sector and use property or location data, get in touch with GeoPlace to see how you can start to use them.

If you know of a public sector challenge that might have a standards-based solution or even a standard that might meet a known user need, you can propose it. Anyone can take part by:

For more information on open standards in government, please get in touch by emailing us at openstandards@digital.cabinet-office.gov.uk.