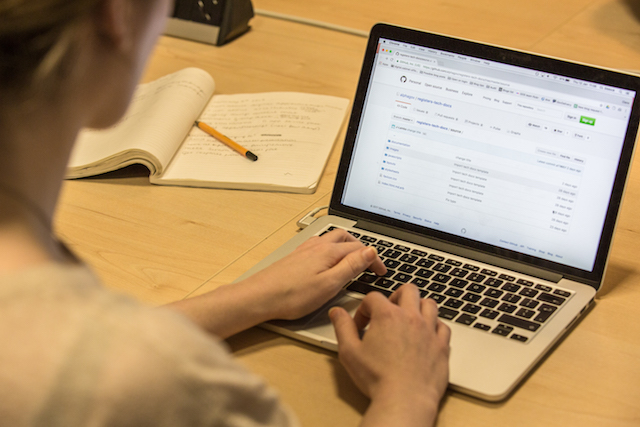 The GDS Reliability Engineering team has implemented an alerting service to all teams using the open source software package Alertmanager. This helps GDS move towards the goal of using common monitoring tools across the department, which means teams use the same toolset and have better support.

At GDS we use Alertmanager, a tool that sends platform and application alerts to pre-configured:

These alerts are based on metrics like CPU usage and memory smoke test failures generated by Prometheus, a metric service, or other tools. We also aggregate alerts into one notification and throttle these to avoid overwhelming team members with duplicated notifications.

The team decided to set up a centralised Alertmanager so we could manage alerts across GDS more effectively. We got this idea from Brian Brazil’s book ‘Prometheus: up & running’ and thought it would be helpful at GDS. We decided to host 3 Alertmanager instances to achieve a fault tolerant architecture. We came across a few technical challenges along the way, which we managed to solve with some creative workarounds.

We then used the Fargate serverless infrastructure instead of EC2 virtual machines (VMs) as this combination helped us cut down on developer time needed to maintain infrastructure. In our case, this solution also helped us reduce infrastructure cost.

When deploying software on your own dedicated hardware or VM, you have control on how to implement and configure the full technical stack of the software.

By choosing to deploy software on a managed service, we knew there would be a trade-off. On one hand we would get the benefit of not having to operate, maintain and manage part of the technical stack. On the other hand, we had to enter into a shared responsibility model with the service provider, and lost some configuration and implementation abilities required to run the software.

We found there was a mismatch of how Alertmanager is expected to be configured and used, with the configuration options available in ECS. We found some workarounds to solve the issues that we’d like to share.

Without this workaround, Alertmanager would receive duplicated alerts from the 3 instances.

AWS ECS includes an integrated service discovery, which makes it possible for an ECS service to automatically register itself with a predictable and friendly DNS name in Route 53.

We created a DNS A record to each task running on ECS. This meant that when we started a new Alertmanager instance, it discovered the other tasks using each IP address in the A record so that the 3 instances of Alertmanager could communicate with each other. You can see our configuration code for more information.

ECS expected configuration data to be provided to containers in environment variables. This clashed with the way that Alertmanager read custom configuration from files. We needed a workaround for this otherwise we would not have been able to configure Alertmanager to do things like send information to Pagerduty.

We used `--entrypoint` - a Docker parameter that lets commands run prior to launching Docker. We use this to launch a small shell script to grab Alertmanager configurations from the environment variables and put it in a file to be read by Alertmanager. You can see the configuration of the parameter in our source code.

What we’ve learned by using a managed container service

Our main reason for using a managed service was to reduce long-term maintenance costs and effort. We worked through multiple iterations before reaching our current implementation of Alertmanager and we learned some valuable lessons along the way.

Constraints with the managed service

We overcame a few hurdles to get Prometheus and Alertmanager up and running on the managed service as we found:

Although these limitations were specific to our implementation and the service provider we chose, we believe these are commons issues. If your organisation is looking to host software on different managed hosting services by other providers, a similar shared responsibility model will apply.

It’s not always easy to choose the right tools, even with a lot of desk research.

We only found out the limitations of using the managed container service, when we started the implementation. There were a couple of reasons for this. We were not familiar with ECS and running a service discovery with ECS was not available at the time.

Our experience was a good example of the ‘fail fast, learn quickly’ principle in the Service Manual. Even though it took a few weeks of developer time to create workarounds, we were able to solve the issues and get the benefits of using the managed service.

We saved time and money by not using VMs

Using serverless infrastructure means we do not need to maintain VMs. This provides lots of benefits as we:

Let us know if you’ve come across any other implementation problems and how you’ve worked around them in the comments.